“When I moved to the Twin Cities I contacted and visited many martial arts schools before concluding Golden Leopard was my choice of schools to train at.

Sifu Eric is approachable, genuine, and a skilled martial artist and teacher.  He understands each person has their reason for training and works to fill their needs without catering or misrepresenting the art he teaches.

Choy Li Fut is a traditional system handed down through a clear lineage.  It is a practical system with focus on power and speed developed through natural body mechanics.  Though it can be very complex it is not flower and acrobatic for the purpose of looking impressive.

Due to Sifu Eric’s warm personality and attention to detail any student can expect to find a supportive group of co-learners interested in working hard while having fun.”

“Our son Nat says “”Sifu Eric is Awesome!””.  He’s has been taking class for about two years now.  Right from the start he loved it.  It has helped him with his confidence, physical and emotional balance, and Nat says it makes him feel strong.  The teachers at Golden Leopard emphasize Kung fu is about learning and mastering movements but just as importantly respecting the art and it’s traditions as well as other people and themselves.  Golden Leopard has been and continues to be an excellent experience for our son.”

“We thought Kung Fu would be a good balance of fun and discipline for our son.  We hoped it would also help build self confidence.  After watching his first exhibition we were stunned at both his physical ability and how engaged and focused he was throughout the performance.  His ability was not only unlocked, but unleashed!” 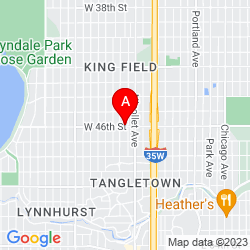